Background: I started hearing a knocking noise from my motor a few weeks ago after a high-speed run up to Albany. This motor was my first ever complete lower build so I wanted to get to the problem fast. I had already had about 15000 trouble-free miles since I built the crank. I found that the rear piston had started to overheat and seize in the bore at some point. It turns out that the timing weights had started to rub the post boss inside the timing cover, affecting the timing. Since I already had the motor largely disassembled, I decided to go all the way and take some measurements and inspect everything to make sure everything was wearing (or not wearing) as it should. Everything checked out pretty much as I had built it.

Problems: There were a few problems I wanted to address during the build. As I make incremental changes to this motor and put alot of miles on it, I learn what works and what doesn't. I keep notes and measurements on what I do each time so I can see the changes (if any) later. The issues I wanted to address on this build were:

Approach: Get busy immediately! I sent the cylinders off to Broadway Choppers in Albany for a bore job and new pistons. I promised myself during the last top end job that I WOULD NEVER do my own cylinders again. I have a hand operated Sunnen hone with a honing oil recirc barrel but it's still a pain in the ass to remove .010. I enlisted my buddy Jeffro, who has helped in the shop in the past, to assist with the build since he's never done a lower end before. I wanted to pass on what I know about it as a mentor was kind enough to show me in the past. Plus, it always helps to have two opinions and Jeffro has offered some great insights on other occasions. He has a sharp eye for detail. I'm hoping there'll still be a couple nice riding days left this fall. We finished it up on Saturday night after a ten hour day then went out and got rip-roaring drunk. Here are some pics and notes. Enjoy. 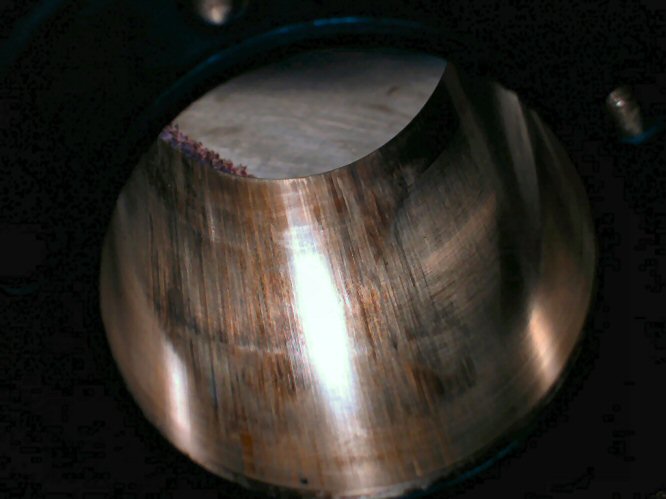 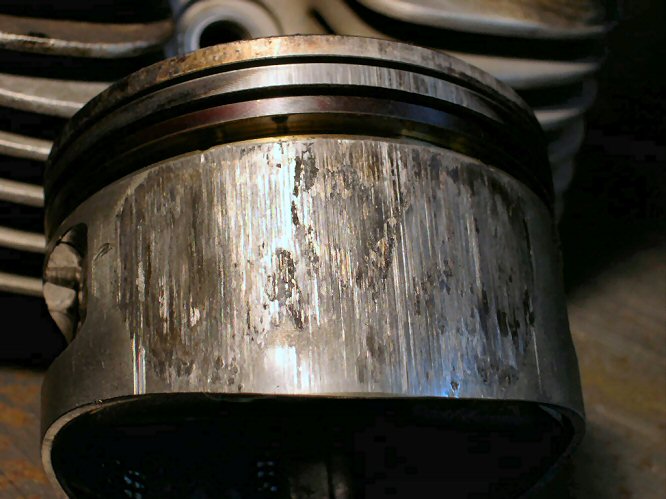 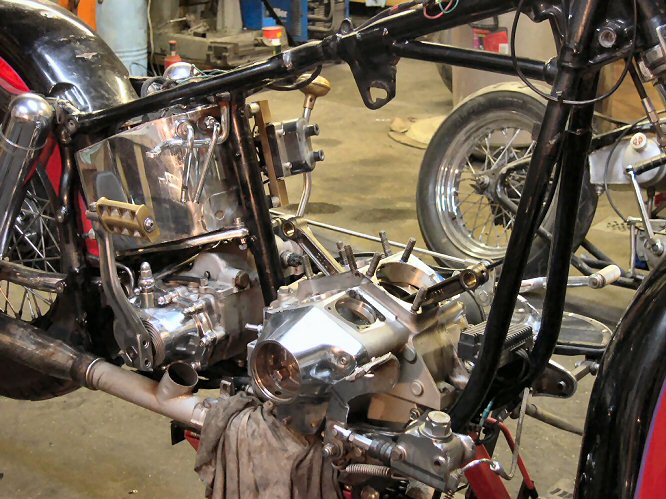 Pinion nut rounded off even though I used JIMS tool. Created a sleeve from the wrist pin and TIG welded the pin to the pinion nut. Welded a nut to the other end of the wrist pin. Came right off. 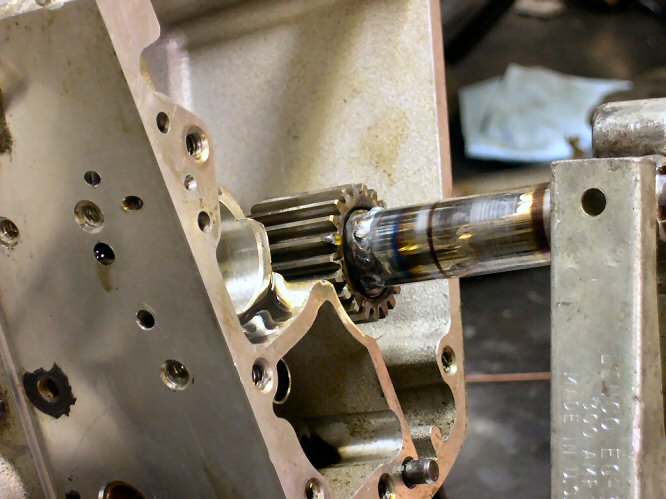 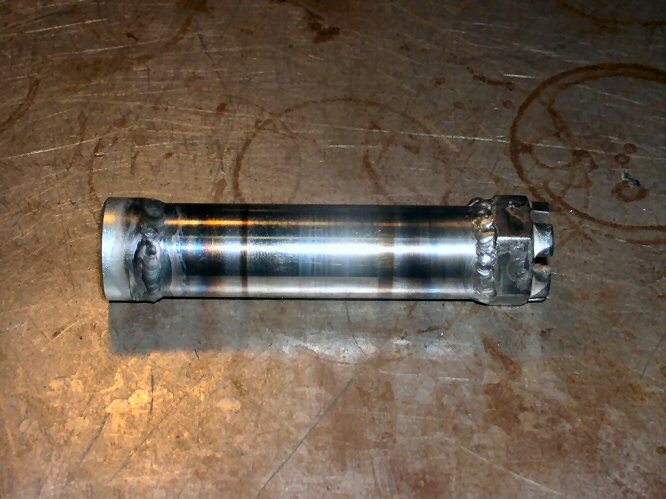 Countersink the case bolt holes for sealing o-ring installation on bolts. Set up so they're mildly compressed without interfering with case bolt torque. 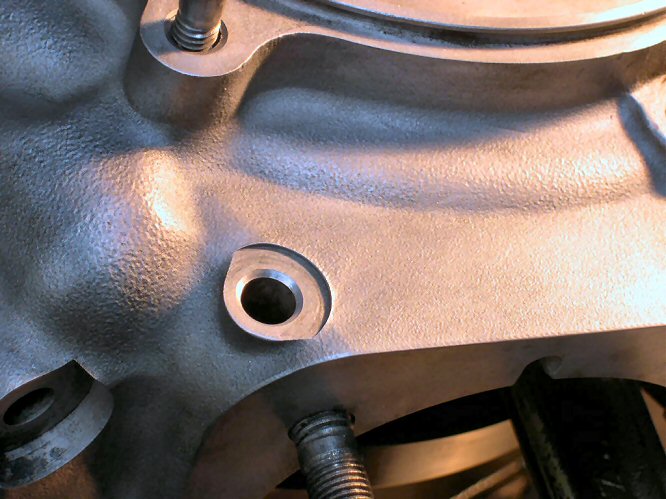 Crank installed back in left case after bearing spacing completed 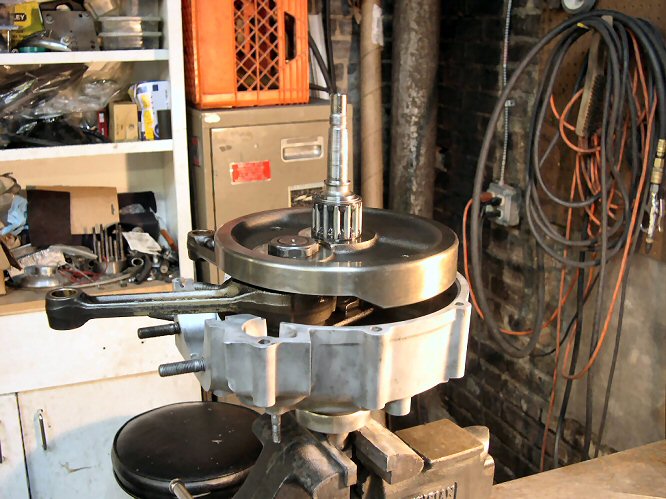 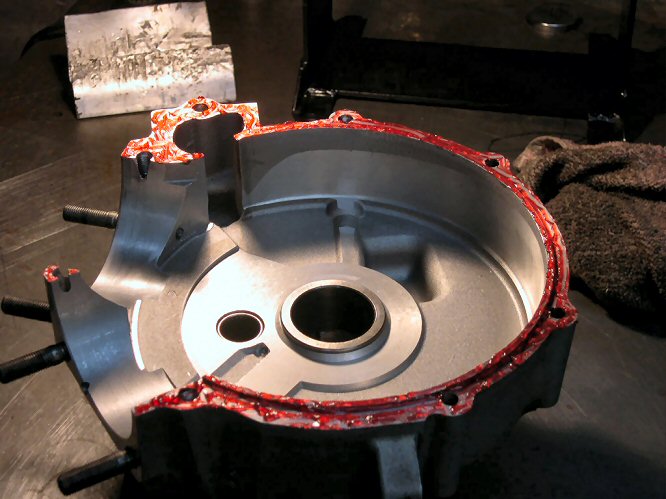 Cases put back together and bolts torqued 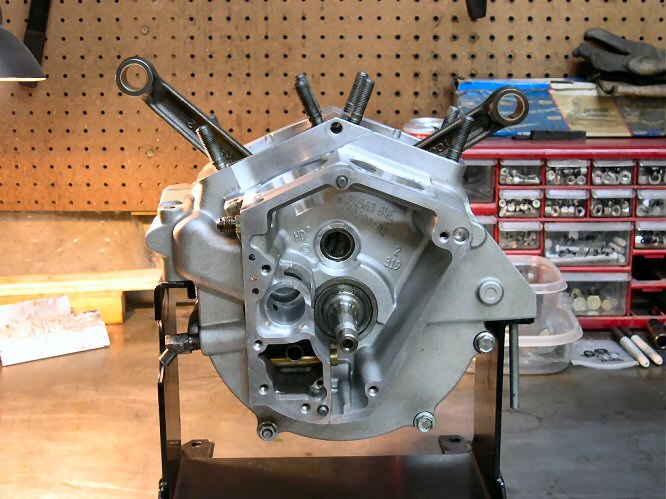 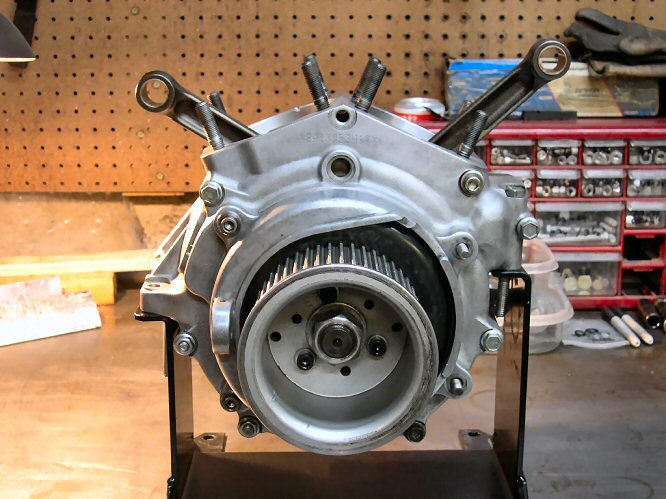 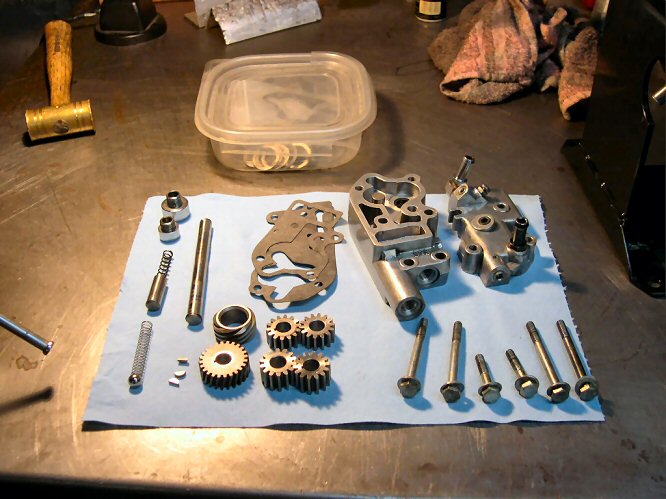 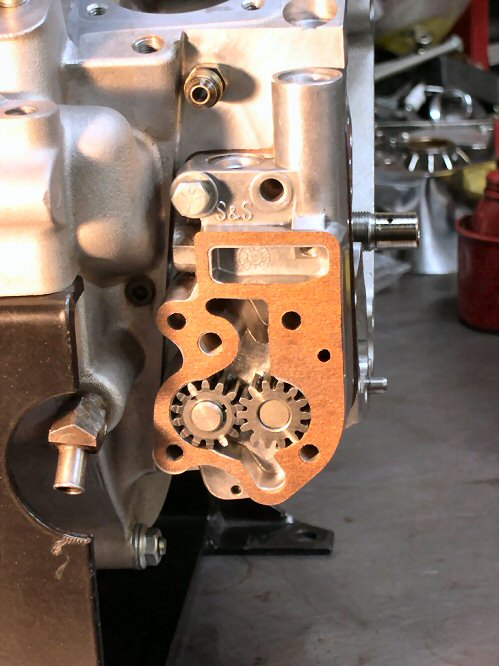 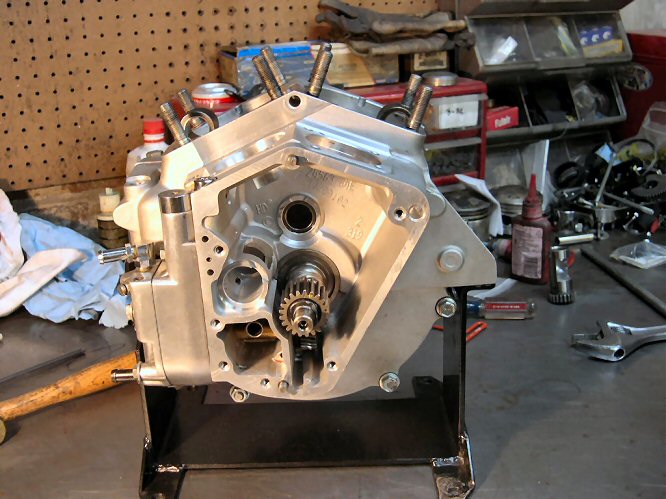 Breather with screen removed and magical mystery over-priced ramp apparatus installed. We'll see if there are any improvements to case breathing. 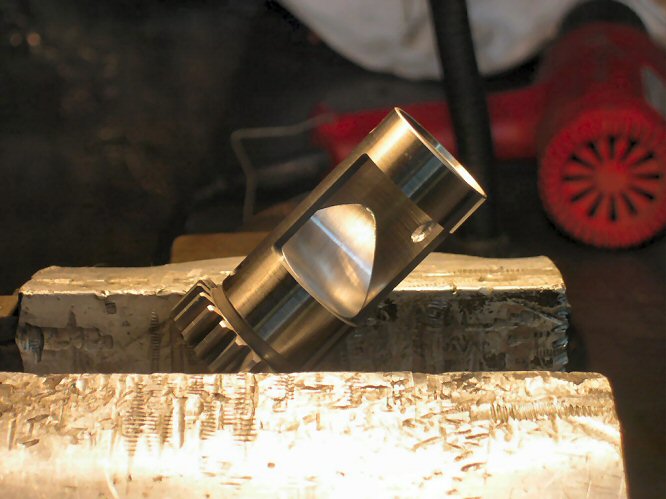 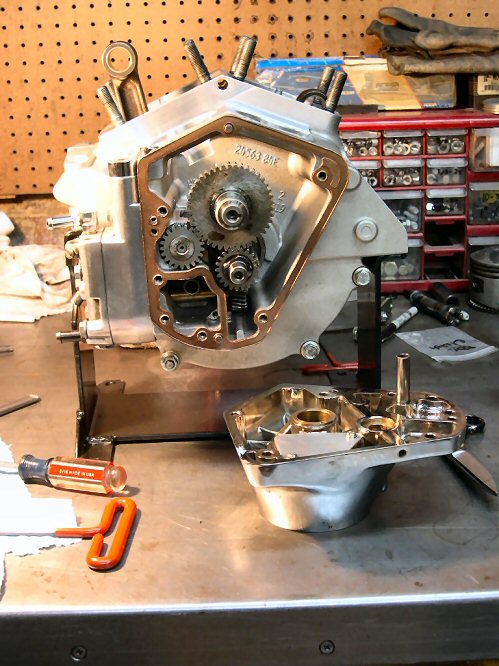 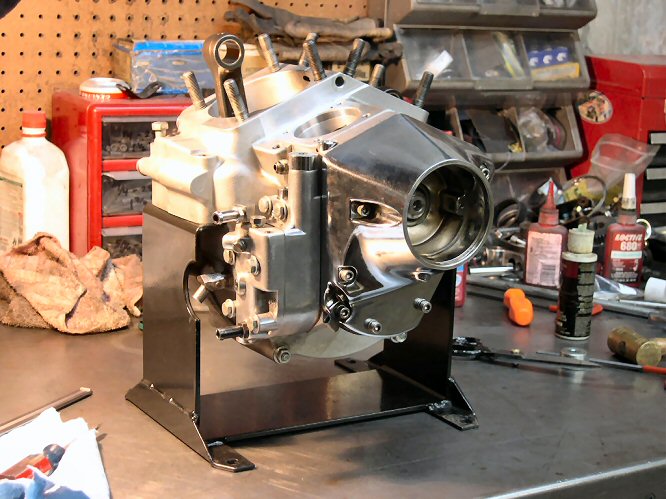 You know this $60 fucking JIMS pinion nut tool really sucks. It's a crappy fit on the nut and seems to be some pretty soft metal. Wish I had a Rockwell tester. 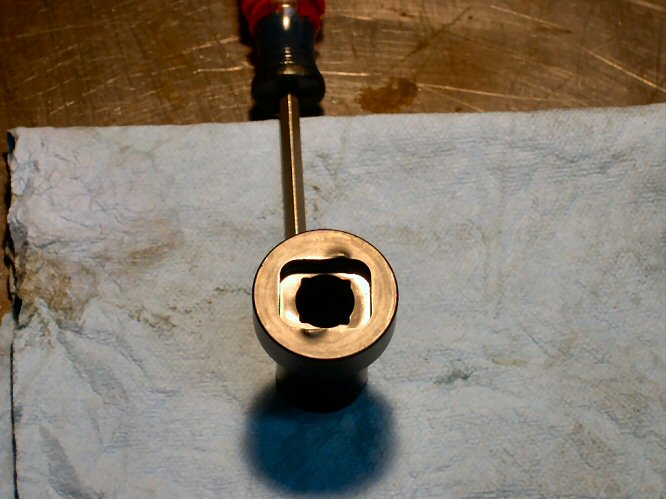 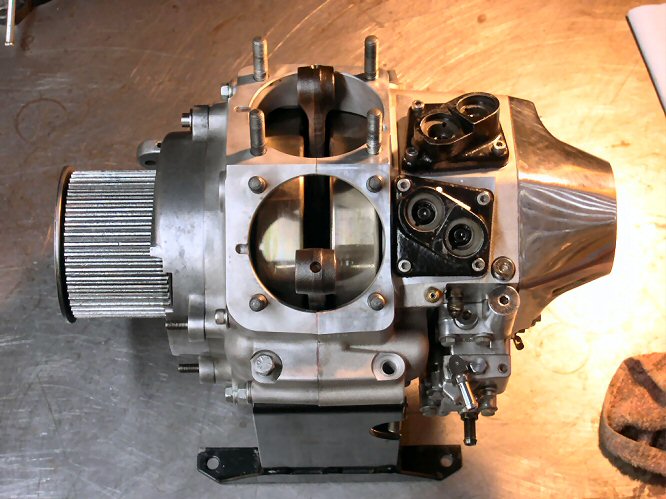 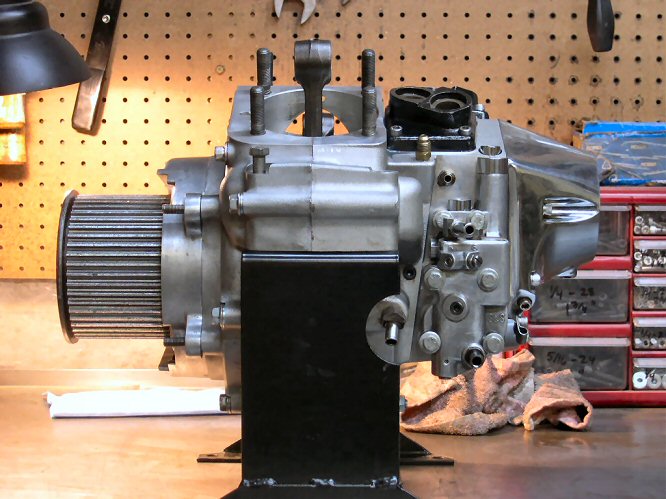 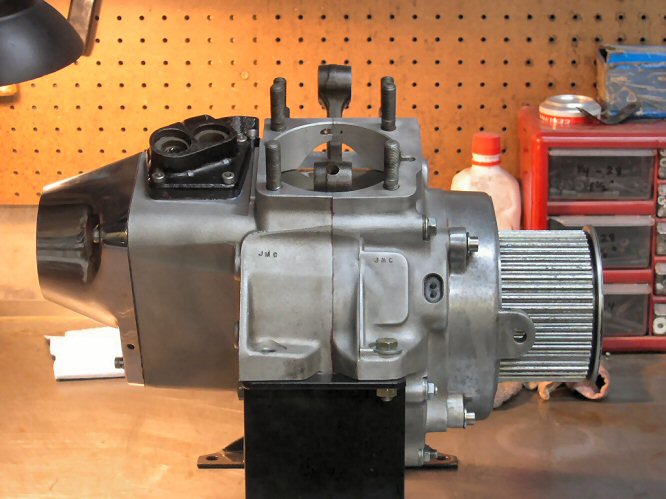